Do We Really Know Everything About Dogs? 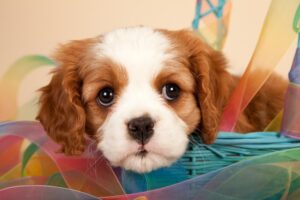 Before you automatically answer with an emphatic ‘yes!’ consider this: Did you know dogs bow to each other at the dog park to ask if the others want to play?

Scientist and author Alexandra Horowitz discovered that and many other mind-blowing findings as she did research and wrote Inside of a Dog: What Dogs See, Smell, and Know.

It makes sense that there is more to know about our canine besties but just how much more is there?

Well, take a look at these crazy dog facts we’ve compiled to scratch the ears – oops, we mean the surface – of the issue.

The Most Surprising Facts

If you let your dog sleep in your bed, you might be surprised that there’s anything you don’t know; part of what’s surprising is how little current research is done on dogs because the general consensus is that we know most of what there is to find out.

We started digging (lol) and think you’ll be as surprised by these facts as we were.

In the Freakonomics Radio Podcast, Horowitz was asked, “The sense of smell is to a dog as blank is to a human” and she answered with, “vision”. I bet you knew sniffing is important to dogs but did you know it was that important? It is apparently a way dogs measure distance and even time.

Puppy dog eyes have magical powers that tug on your actual heartstrings. Okay, we might’ve made up that fact but these endearing facts are sure to get an ‘awe’ from you:

If you picture a chunky, sleeping pug on a couch it’s hard to keep in mind that their ancestors were terrifying predators. Wild wolves and dogs still exist of course and have some pretty fierce attributes.

These had us rolling over.

Sometimes it’s weird to think about how one day you adopted a furry animal, put it in your house, and now love it more than life itself – check out some other weird dog facts below:

Dogs never cease to surprise us, but one thing is for sure – they’ve wagged their way into our hearts and are a huge part of families across homes worldwide.