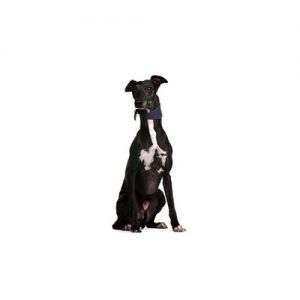 Tall and lean, the Greyhound is the fastest breed of dog. As a sighthound, the breed pursues game using its vision and speed. Today, however, the Greyhound primarily serves as a sweet and personable companion. The breed can be any color, including black, fawn, and red, often combined with white or brindle markings. The Greyhound has been owned by many prominent figures in history, including President Rutherford B. Hayes and General George A. Custer.

One of the most ancient breeds known to man, evidence of the Greyhound was first discovered in tomb carvings in Egypt dating back to 2900 B.C. Aristocracy and culture has always surrounded the Greyhound, and in early times, only royalty bred them. As hunters in England, they were used on practically all kinds of game from deer, stags, and foxes, but the hare is the Greyhound's natural quarry. In America, Greyhounds arrived with the Spanish explorers in the 1500s and were among the first dogs recorded at American dog shows.

Although a loving companion, the Greyhound possesses the typical independent spirit of the hound, so patient training is necessary. They enjoy the company of their families as well as other dogs. The breed's short, smooth coat is easy to maintain. Due to the Greyhound's athleticism, they need daily exercise but should be kept on a leash or in a fenced area due to their tendency to run.

Watch our video on Greyhound puppies